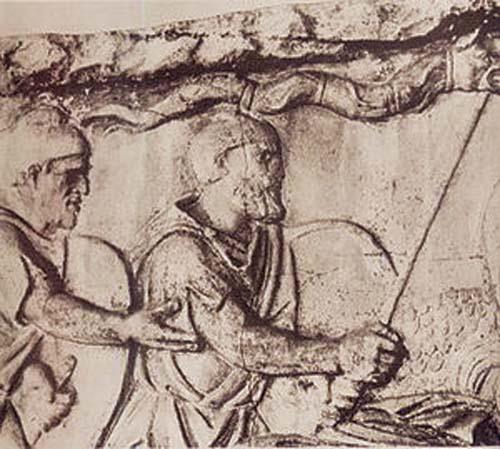 Ones of Romanian’s ancestors there are the Dacians (named also in Roman informations), or Gethians (in Greek informations), the north-Thracian.
In the history of those ancestors, the wolf took an important role. 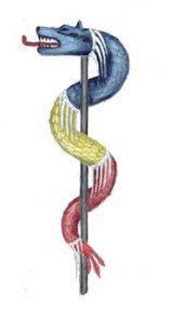 Any history of the Romanian people describes the Dacians`s flag, which had a wolf`s head and a dragon`s tail, and when the wind blown, it produced a sound that scared the enemy`s armies.

Nicolae Iorga, one of Romanian`s greatest historians, told that "the snake, the dragon from the Dacian flag, it is not only an animalic symbol, but the very essence of the ancestors`s religion!". 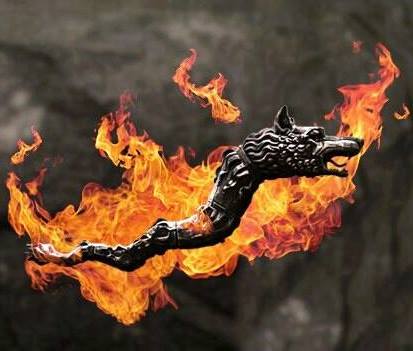 In his essay "From Zalmoxis to Gengis-Han", Mircea Eliade proposes an interpretation of this symbol under the title "The Dacians and The Wolves".
His interpretation originates from the name "Daoi" given to the Dacians by Strabon, and from the noun "Daos", which in frigian means "wolf", the result - "Daoi" means "wolves".

Mircea Eliade chooses his examples from the only linguistic area related with the Thracians and the Dacians, the city Daousdava, from Moesia Inferior, between the Danube and the Balcans, meaning "The City of Wolves". A scytic kindred which haunted on the eastern side of the Caspic Sea was called "Daoi" - the latins called it "Dahae" and the greeks "Daai", very probably from the iranian stem "Dahae" - meaning "wolf".

Southern of the Caspic Sea it was Hyrcania, in Eastern iranian "Vehrkana", western iranian "Varkana", from the stem "Vehrka" - meaning "wolf". All this names ment "The Wolves Country".

The same population was called in Arcadia "lycaons", as the state was "Lycaonia" or "Lucaonia" in Asia Minor. The spartan description of "Laconia" derives from the same stem.

In Arcadia there was a God Lycaion, as there was an "Apollon The Lycagenet"; "lyca" corresponds to "wolf", and Apollo is the one born by the wolf.

More complex is the ritual of initiation of the "young wolves", meaning the youngsters organized in manly closed organizations, which purpose is to make them pass those exams which made them looked like the breed they took as a symbol.

Usually, the one who wants to borrows until identification the qualities of the beast, is the hunter. Killing the beast and wearing its skin, he becomes the god-animal; the breeder is the prototype of the warrior.

An interesting fact is that "dances of the wolves" were played by certain tribes before the battles; in the view of Mircea Eliade, the Dacians are a warrior brotherhood, who had the wolf as a symbol, as we can see on Trajan Column in Rome. 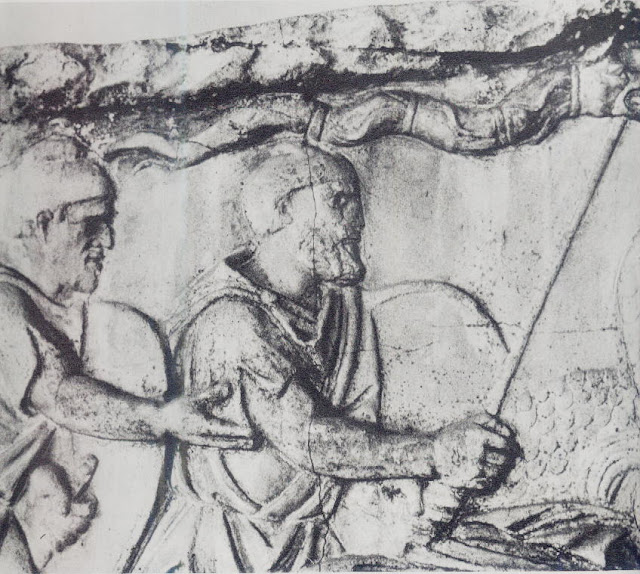